Most of us would probably agree that iPhones generally have a higher resale value than most Android phones, but did you know that some old iPhones are still actively used in many countries? This is what the latest DeviceAtlas report reveals along with many other fascinating stats on the mobile world based on web traffic in Q4 2016.

Old iPhones still in use, 4-inch and 4.7-inch most popular

One of the main themes covered in the latest DeviceAtlas Mobile Web Intelligence report is the usage of different iPhone models and iOS in general. Analyzing the share of web traffic, we learned that: 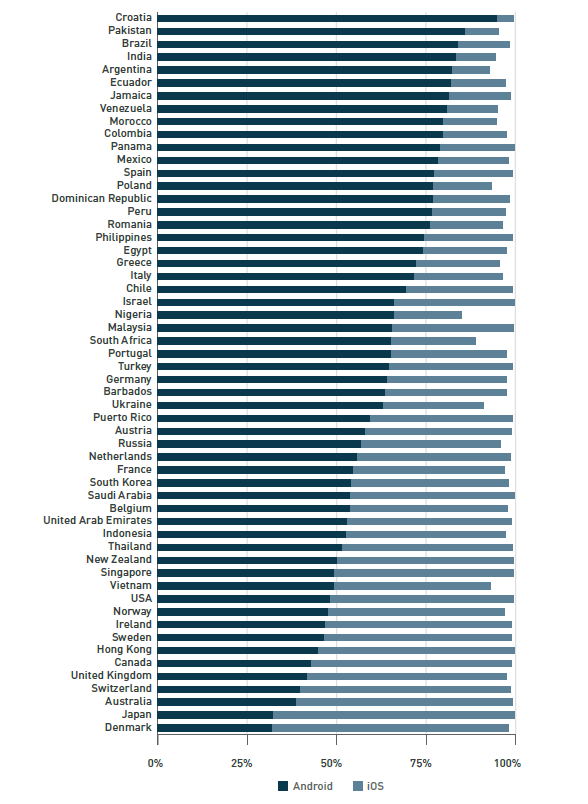 In the Q4 2016 edition we took a closer look at Samsung to check if the brand was affected by the Note 7’s crisis. We learned that Samsung’s share grew while Apple’s share slightly dropped in Q4 2016. Also, Samsung devices lead in terms of the most popular Android smartphones in most countries.

Here are the stats for Samsung based on website visits in selected countries in Q4 2016.

The new report also focuses on device fragmentation giving you a short breakdown of the number of unique device types that generated website hits in selected countries in Q4 2016. For example, in Q4 2016, in the USA alone, there were 243 unique mobile device manufacturers whose devices were used for web browsing. The number of unique phone models used for web browsing was 2,021.

The following table shows the level of device fragmentation based on website visits in selected local markets. 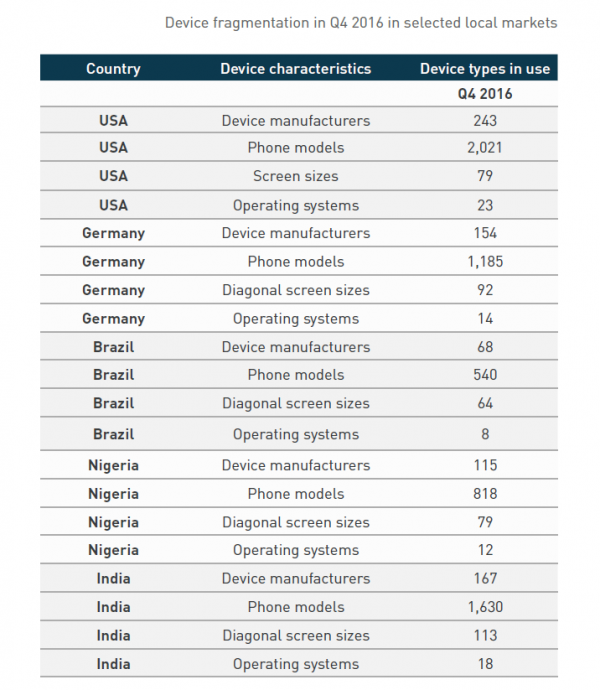 Get your copy of the new report

Click the button below to head over to the download page to get your PDF copy of The Mobile Web Intelligence Report for Q4 2016. You can also sign up to get email updates about new reports and download previous editions to learn how the share of web traffic changed in the past.