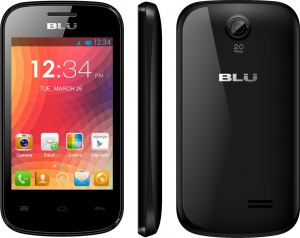 In a recent presentation Google’s web performance engineer Ilya Grigorik talked about building fast and resilient web apps. He pointed out that today network speed, memory, and CPU performance are all highly variable no matter what device or region. Looking at the entire spectrum of smartphones available, the performance gap between low-end and high-end is wider than ever.

However, we mustn’t forget that while iPhone SE costs less than the 5S at the time of arrival, it’s definitely not low-end. With the $500 price tag, it’s not even mid range.

So what is ‘low-end’ today?

The following chart published by Android Authority shows how much more Geekbench score you could expect purchasing smartphones in consecutive years in various price ranges. It shows that generally you’re getting more bang for your buck but it doesn’t show the entire picture of the mobile landscape. 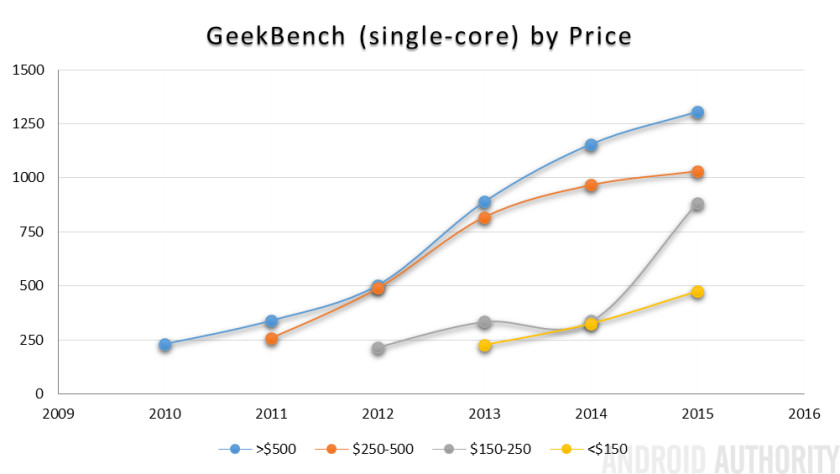 What is interesting is the fact that this chart misses the difference between the low-end and the ‘ultra low-end’ relating to devices priced at less than $50, such as the Blu Dash D141 which Ilya Grigorik mentioned in his presentation. It is a relatively new phenomenon of offering ultra-cheap smartphones which really are a far cry from the high-end.

Given that now you can get a smartphone for $33, web developers must bear in mind that the performance gap between the low-end and the high-end devices accessing websites is now wider than ever before. And this gap will continue to grow.

Today there’s a greater disparity between high-end and low-end devices than there was several years ago. New cost-conscious users start using the internet in emerging markets, such as India and China. For these users companies producing low-end devices focus mainly on pricing, not performance. At the same time, high-end devices offer more CPU power for less, as shown in the chart above.

Interestingly, even when the device is really powerful, it doesn’t mean it uses its whole potential all the time due to the issues with power consumption and overheating. Smartphones using the popular big.LITTLE architecture can actively migrate the workload between the “big” cores and the “small” cores for power efficiency. As a result, drops in performance are common, which is something that most Android users can experience when the battery saver mode is on.

Another source of performance variability is the dynamic range of network. Fast download speeds are not guaranteed even when you’re within the range of an LTE network. It’s fast at peak times but certainly not always meaning that some users experience slow load times no matter what their device’s price tag is.

Contrary to what you might think the performance gap is increasing, not decreasing. And because of this you can’t assume that everyone’s phone is fast enough so that you don’t need to worry about the site’s performance.

In fact the issues with web performance may affect all users, including both high-end and low-end phone owners. The reasons can vary from CPU throttling, to underwhelming network, to the aforementioned performance gap.

There are many ways in which you can address web performance issues to make sure that the website works really fast for all users. Check out our 12 tips on improving web performance by Ruadhan O’Donoghue.