The data showed that 13% of all traffic from feature phones came from devices released in 2011. Of the rest, those released in 2005, when Nokia was king of the hill, were responsible for a disproportionately high volume of traffic, implying these older devices aren’t all necessarily sitting unused in kitchen drawers.

iOS gains in Egypt, Colombia, Canada and Ireland were offset by losses in France and India.

Android still dominates in non-English speaking countries, while iOS is favoured by Anglophones, Swedes, and also in Japan, where a massive 68.33% of smartphone users opt for an Apple device.

Most active bots and crawlers

BingPreview was the most active bot we saw in Q1 2018, accounting for almost 10% of total bot traffic included. This was followed closely by Facebookexternalhit, another page preview tool, with 8%.

Google’s mobile crawler is next with 5.5%, then Yahoo’s Slurp with 2.6% of bot hits in our data. The report highlights all the top bots and provides the user agents you might expect to see in your logs. 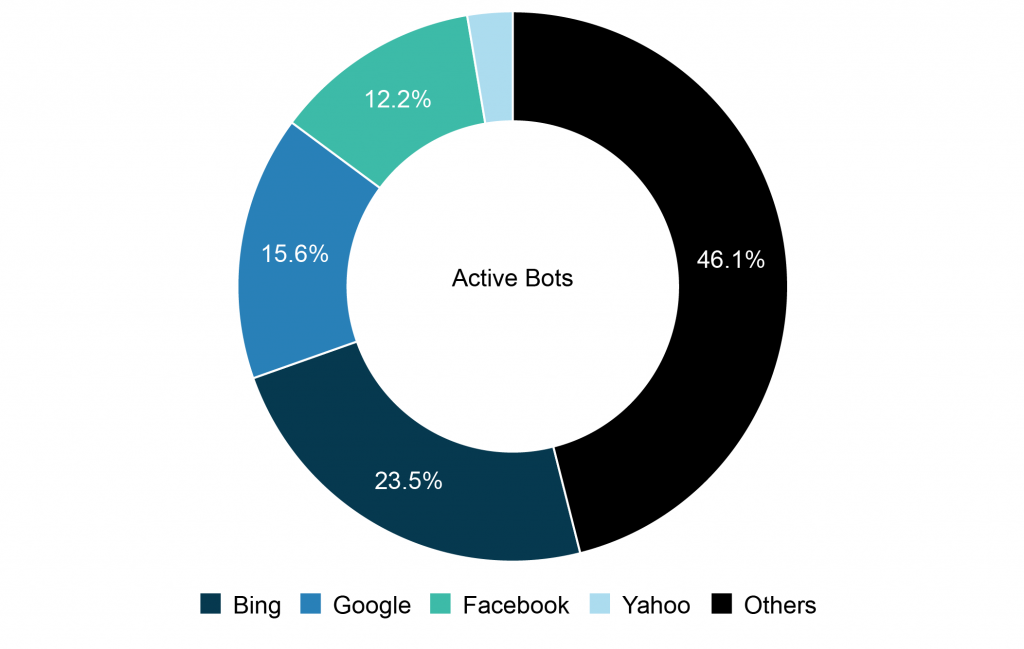 4GB usage increased in all countries in our study, excluding Malaysia where 2GB still commands 30% of the market. 2GB proved most popular in all countries but Egypt, Argentina, Brazil and Colombia, where 1GB still rules the roost.

In terms of screen size, the popularity of the iPhone 6 and 7 ensures 750×1334 remains the most seen in our data.