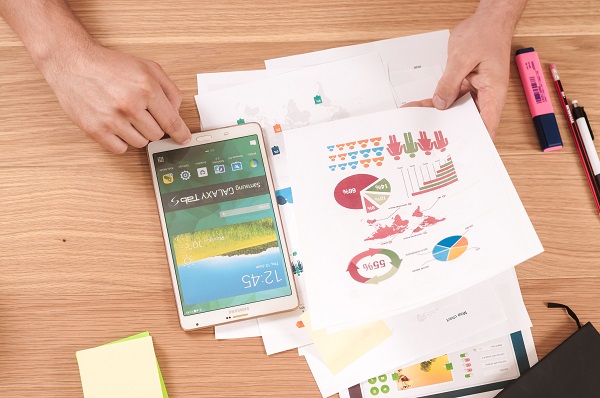 While smartphones are now firmly established as an integral part of our lives, the mobile world continues to change rapidly as new types of devices, services and technologies come and go. It is of utmost importance for businesses to stay on top of the ever-changing mobile world. Here is a curated list of 16 most recent statistics which will help you better understand the state of the mobile industry in 2016.

1. There are over 2.6 billion smartphone users worldwide

The number of people with a “smartphone subscription” reached 2.6 billion in 2015, according to Ericsson Mobility Report. This figure is expected to grow to 6.1 billion by 2020. The highest smartphone penetration in 2015 was in South Korea at 88%, followed by Australia (77%), Israel (74%), USA (72%) and Spain (71%) based on surveys conducted by Pew Research Center.

2. Samsung, Apple and Huawei are the top three phone vendors

DeviceAtlas stats for Q4 2015 presented a slightly different picture of the mobile OS landscape which is due to the fact that these figures are based on device usage and not shipments. While Android was generally leading in most countries in terms of web browsing, there were some exceptions where iOS dominated, including Japan (66.88% iOS share), Denmark (64.54% iOS share), UK (59.1% iOS share), USA (57.32% iOS share), and France (51.23% iOS share).

According to StatCounter, 37% of website visits in 2015 were generated by mobile web browsers. At the end of 2015 the most popular browser was Chrome Mobile with 36.93% market share. UC Browser came second with 18.6% market share while Safari was third with 17.9%.

The most popular mobile web browser was either Safari or Chrome mobile in all countries analyzed in the DeviceAtlas Mobile Web Report for Q4 2015. Safari was leading in Australia, Japan, USA, France, and UK, while Chrome mobile had the largest share in India, Nigeria, Germany, Italy and Spain.

5. 4 inch is the most popular screen size

The latest DeviceAtlas statistics on the most popular screen sizes show that 4 inch phones are the most popular in most countries including the likes of UK, France, Germany, Italy, Australia, Japan and USA. This is caused by the huge popularity of iPhone 5 and 5S.

6. LTE penetration is highest in South Korea at 97%

Average data usage has been growing rapidly in most countries which is caused by the fact that more people use smartphones and that there are more bandwidth-heavy features on their phones.

For example, in Ireland the average data usage hit 1.8GB in 2015. For the US market this figure is even higher according to an industry analyst Chetan Sharma which estimated that American smartphone users used 2.5 GB/month on average in Q1 2015.

8. 18% of Americans use mobile payments

A recent survey by Accenture showed that 18% of North Americans use mobile payments regularly and as much as 52% of them are aware that they’re available (but not necessarily use them yet).

9. 87% of people always have their smartphone at their side

Google’s report “Micro-moments” provided us with many interesting facts about the way people use their mobile devices:

According to eMarketer, U.S. adults spend 2 hours and 51 minutes per day on “nonvoice activities on mobile devices.” 1 hour and 31 minutes on average is spent on mobile phones.

A survey from Harris Poll found that 67% of Americans never even try to unplug from technology. In other words, they always have either a smartphone, tablet or laptop with them. On the other hand, technology fatigue is noticeable for some people given that as much as 45% try not to use any web-enabled devices once per week, and 16% try not use them every day.

10. Mobile ad spend is higher than for desktop ads

eMarketer predicted that in 2015 mobile should account for 51.9% of total digital spending in the U.S. in 2015. That means mobile might surpass desktop ad spending for the first time.

11. More searches take place on mobile devices than on computers

According to a Google study quoted by Smart Insights, 48% of users start any research they make on a mobile device by using a search engine. This figure is actually lower than for desktop users showing the importance of mobile-optimized websites and apps.

69% of mobile device users globally carried out a banking activity through mobile in 2015, a MEF Global Mobile Money Report revealed. But only 8% people used a mobile wallet. The lack of trust is the main concern for 36% of users which stops them from making transactions using mobile payments.

In the UK, 42% of users bank on mobile according to eMarketer. Other research from BuzzCity revealed that there was a 60% increase in terms of people using their mobile devices to bank online.

The highest CTRs for mobile ads were for retail companies (0.52%), electronics (0.41%) and entertainment (0.40%). However, at the same time about 50% of clicks on mobile ads were accidental (GoldSpot Media), while ad blocking grew by 41% globally in the last 12 months (PageFair).

It is worth mentioning that another study on 80 ad campaigns showed that CTR by itself is a poor indicator of ad performance because it is often unrelated to calls, or store visits. “Lower CTRs were often associated with the highest offline in-store visitation rates,” the research concluded.

Bluetooth beacons are tiny transmitters which connect to smartphones or tablets in close proximity. This relatively new technology has many applications for businesses, especially retailers who can use beacons to send promotional content in physical locations.

46% of retailers in the U.S. deployed beacons in 2015, according to 2015 Store Operations Survey, the fourth annual study comprising a survey of 100 retail executives by Retail TouchPoints. Beacons were expected to drive 4 billion worth of U.S. retail sales in 2015. Business Insider indicated that it expected this number to grow tenfold in 2016.

Mobile apps are still hugely popular among smartphone users even though it is now possible to create mobile-optimized websites which work as good as an app if not better. And Google now penalizes app install banners which obscure too much website content. According to Statista, in July 2015 there were 1.6 million apps in Google Play and 1.5 million apps in Apple App Store.

BI Intelligence estimated that U.S. mobile app-install ad revenue should reach $4.6 billion in 2015 and increase to $6.8 billion by the end of 2019.

Originally posted on DeviceAtlas blog.
Featured image from – How To Write a Dissertation? (EduBirdie.com).