As GDPR rolled into town, we spotted some odd examples of how companies and news websites are dealing with their newly enforced responsibilities.

Instead of submitting to the spirit of the whole exercise, many high-value sites chose to segment their traffic into EU v Non-EU, and provide the former with a stripped down, minimal version of their site.

Because of #GDPR, USA Today decided to run a separate version of their website for EU users, which has all the tracking scripts and ads removed. The site seemed very fast, so I did a performance audit. How fast the internet could be without all the junk! 🙄
5.2MB → 500KB pic.twitter.com/xwSqqsQR3s

We’ve spoken many times about the bloating of the web’s waistline, and how it’s bad for users and businesses alike.

The example in the above tweet has given us a legitimate excuse to bemoan the impact surveillance capitalism – ad-tracking, third-party pixels, the thirst for more data – has had on the average load time of a webpage, and the internet as a whole.

USA Today offered a version of their site without tracking scripts and ads for EU visitors. A quaint notion, given today’s addiction to data and targeting. What it highlights is just how bloated the web has become because of this increasing, insatiable thirst for data – the homepage dropped from 5.2MB to 500KB in size. While providing a similar experience for all visitors seems like a great idea from a user perspective, USA Today need income to pay their writers’ wages, so as a business model it’s unworkable.

How can an internationally distributed newspaper, founded in 1982 and with an estimated daily reach of almost 2.5 million people, be so reliant on invasive and web-suffocating ad tracking for its lifeblood? It’s not a unique situation, sadly, and we’re now at a point where businesses must play the game or be left behind on the digital scrapheap.

How we got here

The world’s first banner ad appeared in 1994 on HotWired.com, the online version of Wired. Its intent was altruistic. “We saw our ad as kind of a public service announcement”, said Otto Timmons, who was involved in its creation.

The link led to a microsite listing museums and other interesting stuff, which was exactly what the early internet intended to be.

With a click-through-rate of 44%, it was a success. Once companies and marketing types smelled blood, the practice became so widespread that these days a sense of banner-blindness prevails, with many banner ad and display campaigns hitting no higher than a 1% CTR. Between 1994 and today, a lot has happened to convince companies to throw ever-increasing wads of cash at the digital advertising black box, resulting in the duopoly of Google and Facebook.

Facebook alone generates more ad dollars than all of America’s newspapers, and Google has twice the ad revenues of Facebook. (The New Yorker)

There can be no doubt that some very clever people work at Google. The manner with which they’ve inserted themselves into every interaction on a hijacked internet is testament to the blue-sky thinking, problem-solving endeavour of Silicon Valley’s brightest and most humanitarian minds.

Sarcasm aside, there’s little you can do to avoid them, should regular web use be your goal. You probably have a Gmail account. You probably don’t have a Google Plus account. However, you’ve probably already interacted with Google today by visiting one of the many websites that uses Google Analytics (certainly if you’re reading this on mobiForge, which you are). You’ll also have been cookied by these same sites, so they can re-target you elsewhere on the totally-free-and-open internet.

By offering both the analytics package for free, and the subsequent ad-targeting platform which ties nicely into the ecosystem, Google have made themselves just short of absolutely necessary for any web-based business or publisher. Over 60% of the top million sites in the world use Google Analytics, while their search offering enjoys over 87% of total searches worldwide. Whether by luck, judgement, or the grace of god, this closing of the circle is the origin of the behemoth we now see before us.

Google’s organic search product was a nice idea, and was a seismic improvement on the early internet, building on other similar efforts. But it was soon usurped for monetisation and profit, which is the overall theme of this article.

If Google’s mission statement was more honest, it might read “to organise the open internet so we can sell ads, and be a little evil on the side”.

Similarly, Facebook’s stated aim – to give people the power to build community and bring the world closer together – doesn’t quite tally with their actions. A more accurate version could be “to abuse humanity’s narcissism and endorphin addiction, for money!”.

Facebook has tried – successfully – to create their own internet of sorts, where users don’t even need to visit the open web to get their “news”, or whatever it is people do there. Anecdotal evidence suggests users think Facebook is the internet, which has given fuel to the latest misdirected hand-wringing around Fake News, election interference and Cambridge Analytica-type outrage. (If you think that’s bad, best not check what your ISP is doing.)

Facebook users were shocked to learn their data was passed to a third-party, perhaps even a fourth, who then used it to target ads right back at them, despite this very practice being the essential lifeblood of the shitty internet we find ourselves burdened with in 2018, and the natural progression from the first advertisements we saw in the 90’s.

If Trump/Brexit weren’t such contentious issues, would the issue have come to light at all? Probably not.

Facebook doesn’t want to “create communities to help the world share unicorns”. That doesn’t pay the bills, nor does offering “free internet” to countries that lack coverage. It wants to monetise every single interaction you have on the platform (and off it), analyze your thoughts and fears, fight for even more of your attention and package up that data to sell to the highest bidder. A valid business model, certainly – but please stop lying about it.

The latest apology tour at least provided one confirmation that has been suspected for years – that Facebook collects data on non-users. Whatever GDPR says about that, from a human point of view, it crosses many, many lines. Lines which have been blurred and scrubbed, over time, by money. Nobody knows what’s done with the data Facebook gleans from the web on non-users, who can’t opt-out without creating an account. It’s unlikely we’ll ever know. 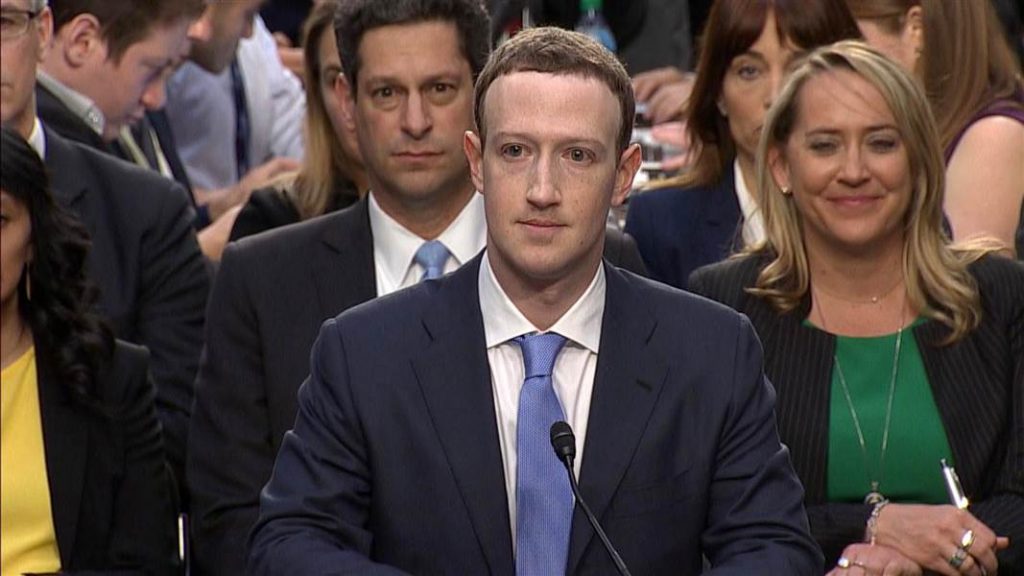 Sure it’s grand. Next question.

And the circus rolls on…….

So, the internet has been lost to convenience (Google) and narcissism (Facebook). What can be done? And why should we care?

While there are many ways a savvy individual can effectively opt-out of being part of the descent of the web into the Eighth Circle of Advertising Hell, critical mass remains with both companies. Despite many lights being shone on the ineffectiveness of online ads, the inaccuracy of self-created reporting tools (a mere “discrepancy“) and the dark side of data hoarding, we’re not going to see either company disappear any time soon. Even the recent moral panic surrounding Cambridge Analytica/Brexit etc had little impact on Facebook’s share price or rate of registrations, so incentive to clean up their tracking habits simply doesn’t exist.

Lawmakers generally don’t understand the issues and what’s at risk, and those who do are either on the payroll, or lack the voice and power to shout loudly enough to be heard.

The tentacles of surveillance-led advertising have left no website, app or mobile device untouched. To misquote Matt Taibbi,

The world’s most powerful online platforms are great vampire squid wrapped around the face of humanity, relentlessly jamming their blood funnels into anything that smells like money.

Facebook’s purchase of Whatsapp is one such example of tentacles. There was no need to offer another messaging platform, Facebook already had that. So why spend all those bazillions on an app which they could create?

Watching you, watching me

According to a 2017 Ghostery study, 77.4% of all page loads contain trackers. No prizes for guessing the top two offenders – “Google and Facebook monitor users virtually everywhere”.

We looked at some websites and peeked under the hood using the Ghostery plugin for Firefox.

Ghostery spotted 9 trackers on TheGuardian.com homepage. Of those, 8 are advertising trackers with Google Analytics making up the set.

TheIrishTimes.com features 11 trackers in total, 4 Google (AdSense, Publisher, Tag Manager and Analytics), and one each for Twitter and Facebook. Of the remaining trackers, these 4 stood out as part of the cause of web-bloat for advertising purposes alone.

The Facebook pixel seen on both sites is the very same responsible for tracking FB users and non-users across the web. Once again, it’s been ruled illegal in Belgium, but so far no other jurisdictions have found sufficient reason to deem it illegal.

Or, they’ve found sufficient reason to avoid scrutinising the practice at all.

Dressing things up as “enabling sharing” or “enhancing personal experiences” is an attempt to soften the reality with wishy-washy marketing nonsense. These trackers are there because:

The last point seems to be closer to the truth. With almost every single inch of the internet infested with ads and trackers, you either play by the rules or you don’t play at all. Facebook’s gradual erosion of organic reach meant businesses simply had to pay for exposure (unless they were lucky enough to be early to the party).

Google’s “experiments” with the search results pages have led to an increase in paid-only real estate, forcing any company not punching above its weight into the paid ecosystem, or into oblivion. 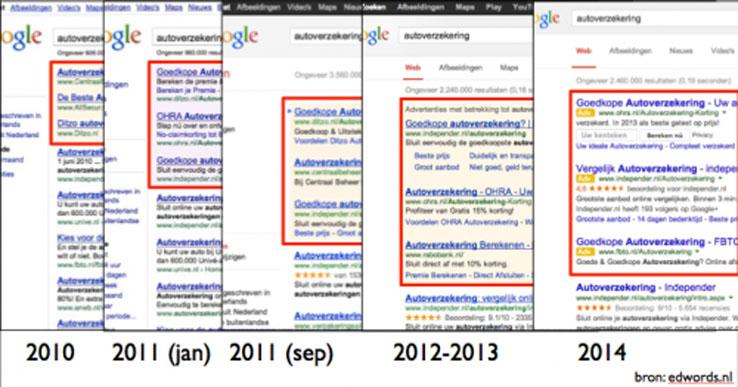 The drive for profit rarely, if ever, includes discussions around ethics, morality, customers, or even the near future. We want more money, and we want it now.

Online advertising, and the data-collection fetish that backs it up, has grown into possibly the world’s most lucrative business, and shows few signs of slowing down or developing a conscience. As we saw with Cambridge Analytica, the link between ads on the screen and the human brain is the next land grab, as the dollars will follow the most effective ways to make people do the things companies, or anyone with a budget, want them to do.

Is this the best we can do? A world where most developments in technology and communications have, at their heart, a motivation to simply sell us more shit?

I’m not sure where we go from here.

Two huge, unaccountable and unrestrained vampire squid, tentacles wrapped around the face of humanity, providing you with a personalized advertising experience, forever.