The latest Mobile Intelligence report released by DeviceAtlas shines a light on trends and developments in the device market, based on usage of different devices around the world.

The report shows Huawei is now the third biggest device manufacturer after Samsung and Apple, a finding mirrored by IDC in their latest shipments data which puts Apple back in the number 1 slot. The Cupertino giant has been trailing Samsung up until recently but has retaken the lead thanks  largely to iPhone 8, 8 Plus, and iPhone X. 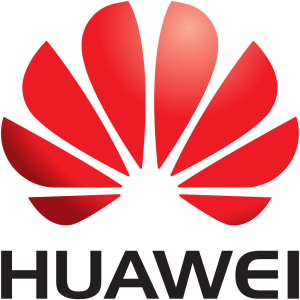 DeviceAtlas’ figures show Apple ahead of Samsung in Australia, Canada, Sweden, UK, and the USA, where it gained 5%. The data looks at web traffic from devices as opposed to IDC’s shipment figures, but again, there is close correlation between both sets of data.

Samsung dominates markets such as Argentina, Egypt, Germany, and Italy. The Korean manufacturer gained some share in Argentina (+4%), UK, (+4%) and Germany (+2%), while it lost share in the USA (-3%).

Outside of the OEM giants, a long tail of device manufacturers makes up about half of all traffic in most markets, underlining the fact that while there may be only 2 platforms, there is an incredible variety of form factors, capabilities and build qualities out there.

Tablet usage has held up well, despite falling sales for the last 11 quarters. This is due to longer lifespans for tablet devices, especially higher end models such as iPads.

Usage of tablet devices accounted for between 2% and 16.9% of all mobile device usage (tablet and smartphone together) depending on the country. The highest tablet usage occurred in more developed markets. France topped the poll with the device category accounting for 16.9% of all mobile traffic. In the US, tablet traffic reached 8.5%.

India was the country where tablets are the least popular with only 2% share of the overall mobile traffic.

Bigger touch screen devices continue to be a hit with users around the world. Devices with screens between 4.7 inch to 5.5 inch were most popular in 20 different markets.

The largest devices were being used in many emerging markets with 5.7-inch devices achieving a high share of browsing in Malaysia, Egypt, and Russia.

720×1280,  used in many low to mid range devices, was the most popular screen resolution.

The report also highlighted that millions of device users do not have LTE-capable devices—even in some developed markets—which is another reason for website owners to pay attention to web performance, not just because it’s a ranking signal for Google, but because your users won’t wait around for your site to load.

NFC support is even patchier, and though it’s included in many payment platforms such as Android and Apple pay, it’s hard to find good data as to how much its being used in the wild.