This report looks at shifts in the mobile OS landscape over 2018, highlighting some interesting trends and changes. There’s also analysis of the smartphone upgrade cycle and the most common hardware specifications in 36 countries.

2018 was a turbulent year for both operating systems, and DeviceAtlas report some major shifts across the globe.

In Sweden, Android overtook iOS as the most popular mobile OS, driven by a move towards a “cashless society” and some smart marketing from Huawei. 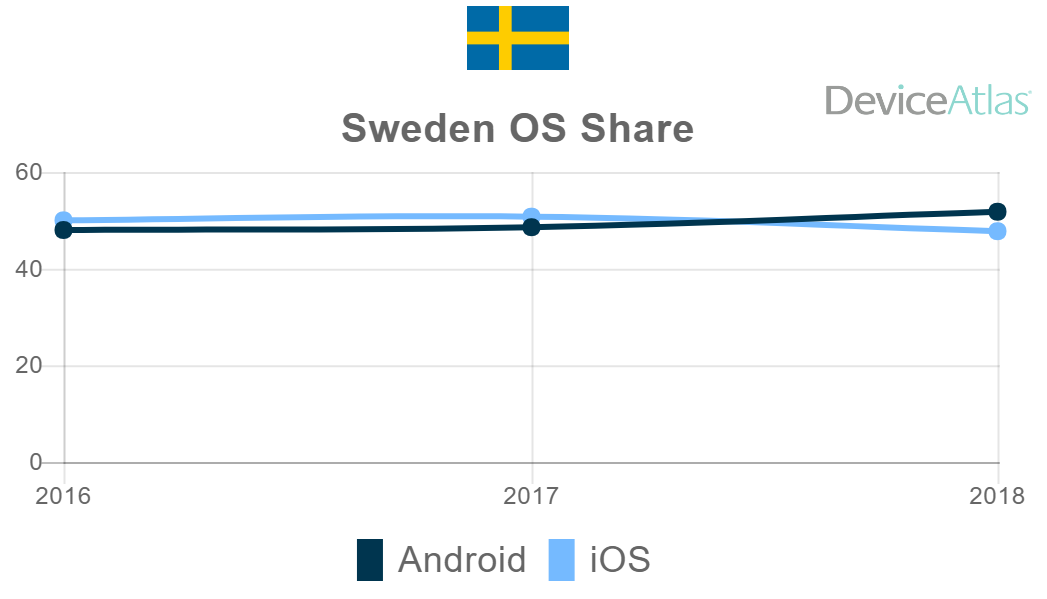 There were also gains in market share for Android in Australia, Malaysia and Poland.

iOS had a decent year despite the revenue reforecasts in January. There was growth in their main markets such as Canada, the UK, US and Germany, as well as positive movement in Spain, South Africa, Ireland and Japan.

What emerged were definite trends in smartphone adoption, with a two-year, skip-a-model cycle proving most common. Users aren’t bothered upgrading every year due to price and lack of tangible benefits, but every two years the prospect becomes more likely.

Below is iPhone usage in the US across 2018: