So far in my previous few articles on Android I have focused on showing you how to get things done in Android without really spending too much time discussing the visual aspect of Android application development – User Interface design. In this article, and the next, I will walk you through the various elements that make up the UI of an Android application. In this first part of the article, I will discuss the various layouts available in Android to position the various widgets on your screen.

Up to this point, you have seen that the basic unit of an Android application is an Activity. An Activity displays the user interface of your application, which may contain widgets like buttons, labels, text boxes, etc. Typically, you define your UI using an XML file (for example, the main.xml file located in the res/layout folder), which may look like this:

During runtime, you load the XML UI in the onCreate() event handler in your Activity class, using the setContentView() method of the Activity class:

What happens is that during compilation time, each element in the XML file is compiled into its equivalent Android GUI class, with attributes represented by methods. The Android system then creates the UI of the Activity when it is loaded.

While it is always easier to build your UI using a XML file, there are times where you need to build your UI dynamically during runtime (for example, when writing games). Hence, it is also possible to create your UI entirely using code.

An Activity contains Views and ViewGroups. A View is a widget that has an appearance on screen. Examples of widgets are buttons, labels, text boxes, etc. A View derives from the base class android.view.View.

One or more Views can be grouped together into a ViewGroup. A ViewGroup (which is by itself is a special type of View) provides the layout in which you can order the appearance and sequence of views. Examples of Viewgroups are LinearLayout, FrameLayout, etc. A ViewGroup derives from the base class android.view.ViewGroup.

The following sections will discuss each ViewGroup in more details. Note that in practice, it is common to nest different types of layouts to create the UI you want.

For this article, create a new Android project and name it as shown in Figure 1. 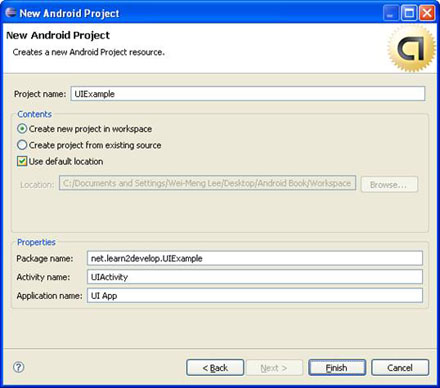 Eclipse provides only minimal support for designing Android UI and so you won’t be able to drag-and-drop of widgets on a design surface. Instead, you can use the free DroidDraw tool available at http://www.droiddraw.org/. Figure 2 shows the DroidDraw in action. You can drag-and-drop widgets onto different layouts and then use it to generate its equivalent XML code. While DroidDraw is not perfect, it is very useful to get you started with Android UI design and is a good tool to learn the various Views and ViewGroups in Android. 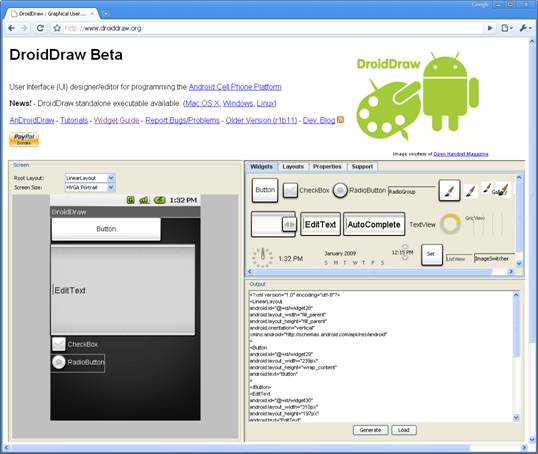 Figure 2 The DroidDraw web application to design your Android UI

You can also download standalone versions of DroidDraw for Windows, Mac OS X, and Linux.

The LinearLayout arranges views in a single column or single row. Child views can either be arranged vertically or horizontally. To see how LinearLayout works, let’s modify the main.xml file in the project:

Each View and ViewGroup has a set of common attributes, some of which are shown in Table 1.

For example, the <TextView> element above has its width filling up the entire width of its parent (which is the screen in this case) using the fill_parent constant. Its height is indicated by the wrap_content constant, which means that its height is the height of its content (in this case, the text contained within it). If you do not wish to have the <TextView> view occupy the entire row, you can set its layout_width attribute to wrap_content, like this:

In this case, the width is set to 105 pixels wide. Let’s modify the main.xml file by adding a <Button> view as shown below:

Figure 3 shows the views laid out from left to right. 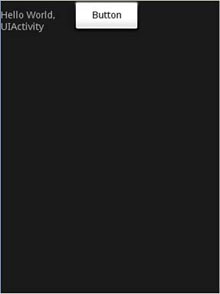 Figure 3 The views laid out in LinearLayout

Figure 4 shows the effect of changing the orientation to vertical. 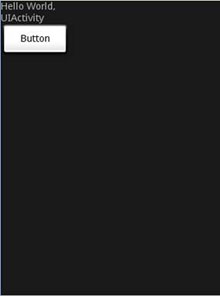 Figure 4 Changing the orientation to vertical

InLinearLayout, you can apply the layout_weight and layout_gravity attributes to views contained within it, as the following modifications to main.xml shows: 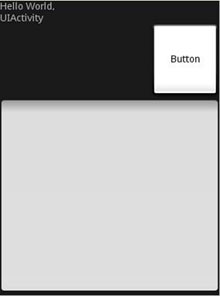 The AbsoluteLayout lets you specify the exact location of its children. Consider the following UI defined in main.xml: 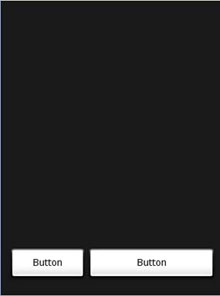 Author’s Note. You should ideally use AbsoluteLayout when you need to reposition your views when there is a change in the screen rotation.

The TableLayout groups views into rows and columns. You use the <TableRow> element to designate a row in the table. Each row can contain one or more views. Each view you place within a row forms a cell. The width for each column is determined by the largest width of each cell in that column.

Populate main.xml with the following elements and observe the UI as shown in Figure 7. 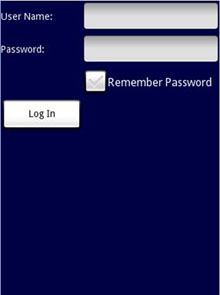 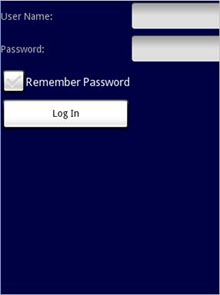 The RelativeLayout lets you specify how child views are positioned relative to each other. Consider the following main.xml file:

Notice that each view embedded within the RelativeLayout have attributes that allow them to align with another view. These attributes are:

The value for each of these attributes is the ID for the view that you are referencing. The above XML UI creates the screen shown in Figure 9. 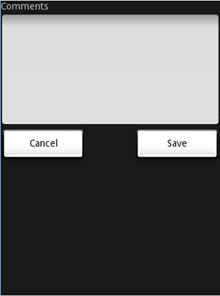 The FrameLayout is a placeholder on screen that you can use to display a single view. Views that you add to a FrameLayout is always anchored to the top left of the layout. Consider the following content in main.xml:

Here, you have a FrameLayout within an AbsoluteLayout. Within the FrameLayout, you embed an ImageView view. The UI is as shown in Figure 10.

Note: This example assumes that the res/drawable folder has an image named androidlogo.png. 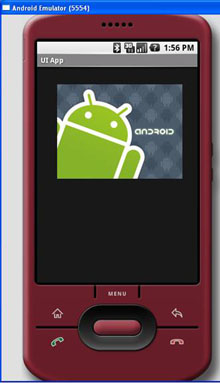 If you add another view (such as a Button view) within the FrameLayout, the view will overlap the previous view (see also Figure 11): 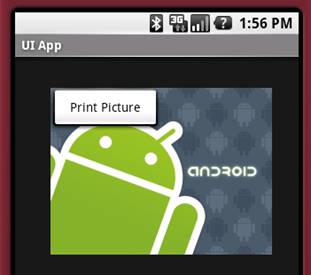 You can add multiple views to a FrameLayout, but each will stack on top of the previous one.

A ScrollView is a special type of FrameLayout in that it allows users to scroll through a list of views that occupy more space than the physical display. The ScrollView can contain only one child view or ViewGroup, which normally is a LinearLayout.

Note: Do not use a ListView together with the ScrollView. The ListView is designed for showing a list of related information and is optimized for dealing with large lists.

The following main.xml content shows a ScrollView containing a LinearLayout, which in turn contains some Button and EditText views:

Figure 12 shows the ScrollView displaying a scroll bar on the right side of the screen. Users can drag the screen upward to reveal the views located at the bottom of the screen. 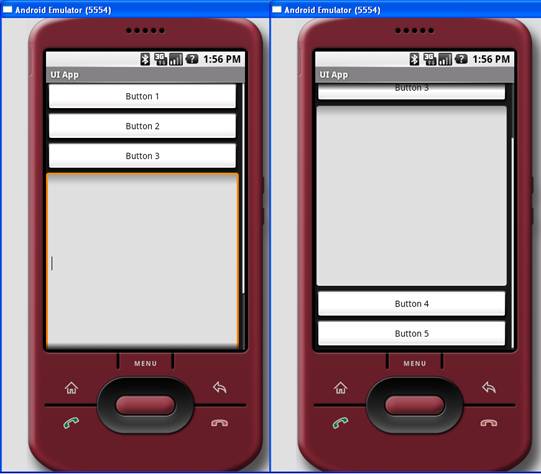