The Pointer Events API is an HTML5 specification that combines touch, mouse, pen and other inputs into a single unified API. It is less well supported than the Touch Events API, although support is growing, with all the major browsers working on an implementation, except for Apple’s Safari. There’s a colorful background to how the current state of browser support for this API came to be which we covered previously on mobiForge, but in this article we’ll just look at its usage.

The simple idea behind it, is that mouse and touch and stylus input events are unified into a single event API. 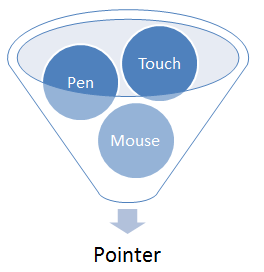 PointerEvent inherits and extends MouseEvent, so it has all the usual properties that MouseEvent has, such as clientX, clientY etc., as well as a few additional ones, usch as tiltX, tiltY, and pressure. The pointer attributes we are most interested in are:

There are a few interesting things to note here:

The main event types defined by the PointerEvent interface are:

For comparison, the following table shows the corresponding events from each of these input related APIs

It’s easier to draw an equivalance with pointer events and mouse events, than with touch events, as can be seen in the table. However, although there is a rough equivalence between the mouse, pointer and touch API events, they’re not the same. This means that you shouldn’t use the same event handling code for events from the different APIs, unless you know what you are doing, as the events do not play out the same way. For example, the target element for touchmove is the element in which the touch began, whereas for mousemove and pointermove the target is the element currently under the mouse or pointer.

Benefits of this API

The Pointer Events API specifies a way to handle mouse, touch and pen inputs at the same time, without having to code for separate sets of events, mouse events, and touch events.

Websites and apps today can be built to be consumed on desktop, mobile and tablet devices. While mouse input is found mostly on desktop computers, touch and pen input is found across all of these types of device. Traditionally a developer has to write extra code to respond to events from each of the different input types. Or use a polyfill to handle all the events. Pointer Events changes this. Some of the benefits include:

The advantages are summarised in the table below (source: IE blog):

In this article we cover just the basics. The very first thing we can do is check for support for the touch events API:

We’ll recreate some of the examples we used in our Touch Events API article, but this time with Pointer Events.

Next a little JavaScript to add an event listener to our pointer area, and attach a handler function, called pointerHandler.

In the pointerHandler function we can grab the coordinates of the pointer event:

And we make sure that the init function is called after the page has loaded with:

And now we’re ready to go. If your device supports pointer events, you should be able to see the numeric screen coordinates of your touches below (even if it doesn’t we’ve added a fallback for mouse input).

Note: the examples in this article implement fallback for mouse events, but not for touch events. If you want to see touch events working, take a look at our article on the Touch Events API which has working examples. Otherwise, if you are on a device that the examples are not working on, you can either check it out on a desktop computer, and Windows Phone device, or come back again in a few months when Pointer Events should supported on your device! 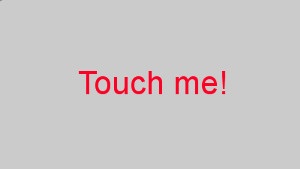 Next, we’ll build on this, and instead of displaying the numeric coordinates, we’ll display a dot at the pointer’s coordinates. To do this we’ll make use of the HTML5 canvas element. The main difference from the previous example is in the usage of the pointer coordinates. In this example, we define a function draw which draws a rectangle on the canvas with the following code:

There is also a new function getOffset which is applied to the pointer’s coordinates (this is explained below).

The full code is listed below:

Activate the live demo by touching the image below, then touch the target area below, and a dot will be displayed at the position of each pointer. 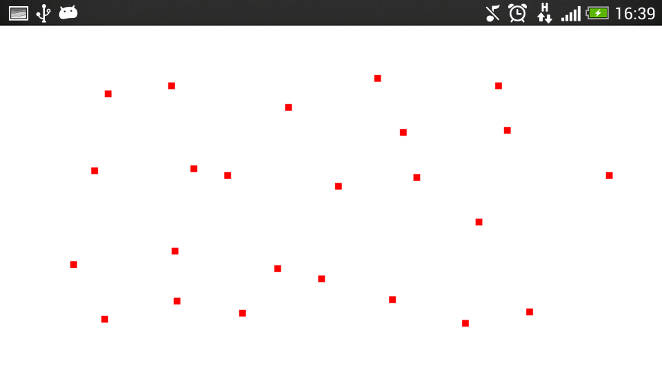 It may be necessary to convert between pointer coordinates and screen coordinates by applying an offset, if there are other elements on your webpage. We covered the details of this conversion in our touch events article, so you can read that if you want the background, but this is the function we use to compute the offset:

The previous examples have focussed on single pointer touches: a single tap with stylus or finger, or single mouse click, which we captured with the pointerdown event. But pointer events support far richer interaction than single taps and clicks. Just as we used the touchmove event from the touch events API, we can use the equivalent pointer event, pointermove, to capture swipes and gestures in the pointer events API.

So every time the pointermove event occurs, we draw a dot, so we should be able to trace a line over the pointer path, and draw shapes. But as we saw with our touch events example, this only works up to a point. The event handler still only draws a dot at the pointer event coordinates, so if your pointer moves too fast it draws a series of dots, rather than a line: 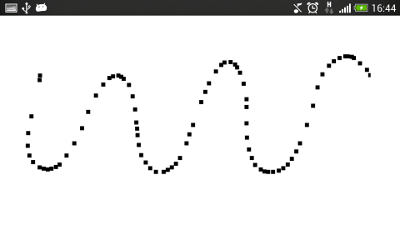 So instead we draw a line between each successive pointer position, to ensure they are joined up:

When the pointer path is finished—when the user removes his finger or stylus, or stops pressing the mouse button—then we want to stop drawing on the canvas. So we listen for the pointerup event, and call a function endPointer when it’s triggered:

Activate the pointermove example by clicking or touching the image of Ryan Gosling below, and point your way to your own masterpiece. 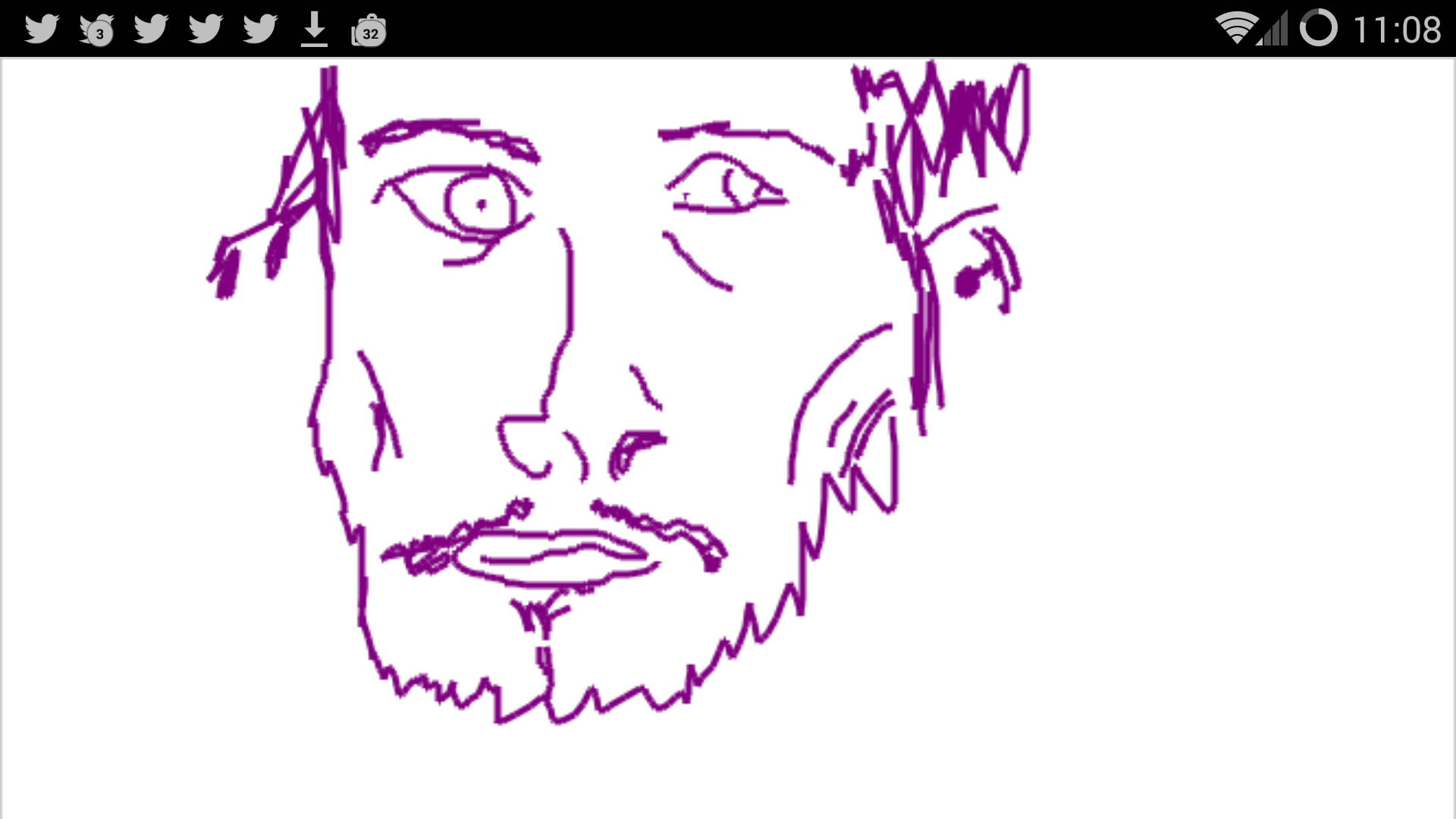 The full code listing is given below:

What touch-friendly input API would be complete without multi-touch capabilities? So, let’s see how to do it—it’s a little easier to implement than for touch events.

In this example we’ll just extend the previous pointermove example to work with multiple concurrent touches. To do this, we’ll assign different colours so that we can keep track of the traces of different pointers.

As with the last example, we need to draw lines between each of the pointer positions. Since we are tracing multiple pointers, then we’ll need to keep track of the last point of each of the active pointers, instead of just a single pointer in the last example. So we’ll use an associative array of last points keyed by the pointerId property of the pointers. We define our associate array as an Object, and add associative values as follows:

The rest of the code is the same, except, now when we end a pointer trace, we also want to remove it from the array of last points with: 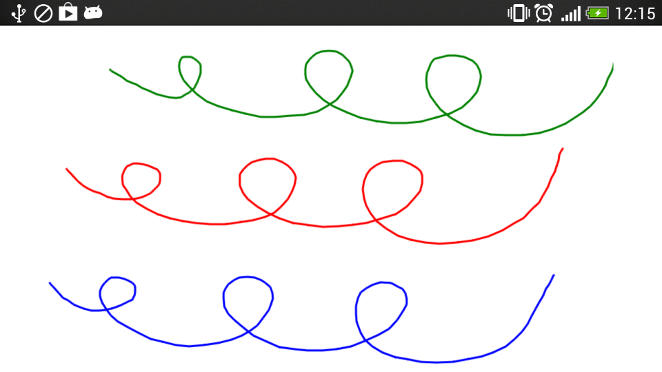 We’ve previously covered the interesting and coloured history behind browser support for the Pointer Events API, so we won’t repeat it here. Currently, only IE supports the Pointer Events API. However, all the other major browsers, with the exception of Apple’s Safari, have committed to implementing the API, and work is in progress. In the table below, orange indicates work in progress.

In this article we took a look at the HTML5 Pointer Events API. We noted how it is less well supported than the Touch Events API, but that its support is growing with all the major browser manufacturers except for Apple/Safari committed to implementing it. It offers advantages over Touch Events in its unified approach to touch, mouse and pen inputs and promises to make life easier for developers by relieving them from responsibility of taking care of some of the not-so-interesting details of supporting various different input types in their webapps.