In this article, we take a look at how you can programmatically send and receive SMS messages in your Android applications. The good news for Android developers is that you don’t need a real device to test out SMS messaging – the free Android emulator provides the capability to do so.

To get started, first launch Eclipse and create a new Android project. Name the project as shown in Figure 1. 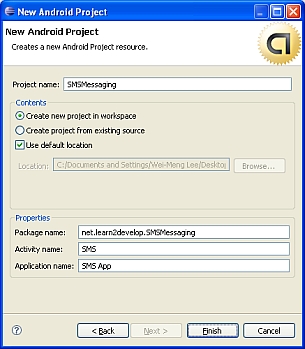 In the AndroidManifest.xml file, add the two permissions – SEND_SMS and RECEIVE_SMS:

In the main.xml file located in the res/layout folder, add the following code so that the user can enter a phone number as well as a message to send:

The above code creates the UI shown in Figure 2. 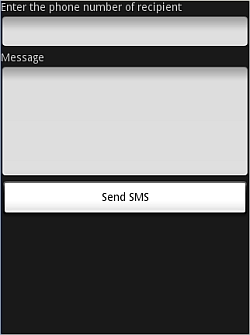 Next, in the SMS activity, we wire up the Button view so that when the user clicks on it, we will check to see that the phone number of the recipient and the message is entered before we send the message using the sendSMS() function, which we will define shortly:

The sendSMS() function is defined as follows:

If you need to monitor the status of the SMS message sending process, you can actually use two PendingIntent objects together with two BroadcastReceiver objects, like this:

The above code uses a PendingIntent object (sentPI) to monitor the sending process. When an SMS message is sent, the first BroadcastReceiver‘s onReceive event will fire. This is where you check the status of the sending process. The second PendingIntent object (deliveredPI) monitors the delivery process. The second BroadcastReceiver‘s onReceive event will fire when an SMS is successfully delivered.

You can now test the application by pressing F11 in Eclipse. To send an SMS message from one emulator instance to another, simply launch another instance of the Android emulator by going to the Tools folder of the SDK and running Emulator.exe. 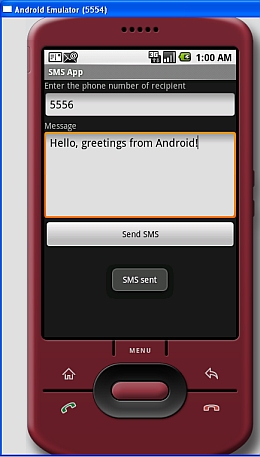 Figure 3 shows how you can send an SMS message from one emulator to another; simply use the target emulator’s port number (shown in the top left corner of the window) as its phone number. When an SMS is sent successfully, it will display a “SMS sent” message. When it is successfully delivered, it will display a “SMS delivered” message. Note that for testing using the emulator, when an SMS is successfully delivered, the “SMS delivered” message does not appear; this only works for real devices. 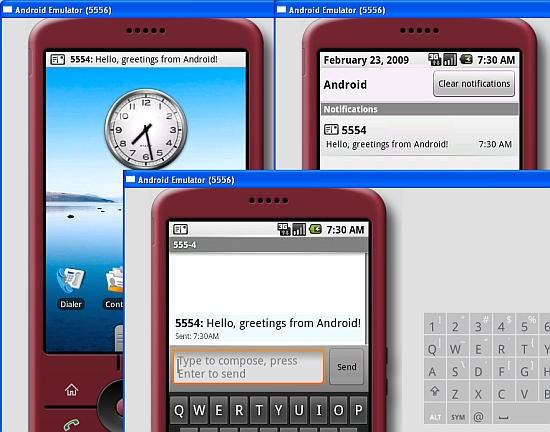 Figure 4 The SMS message received by the Android emulator

To see how to receive SMS messages from within your Android application, in the AndroidManifest.xml file add the <receiver> element so that incoming SMS messages can be intercepted by the SmsReceiver class:

Add a new class file to your project and name it as SmsReceiver.java (see Figure 6). 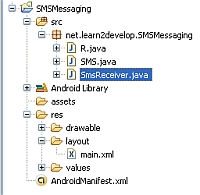 Figure 6Adding the SmsReceiver.java file to the project

When SMS messages are received, the onCreate() method will be invoked. The SMS message is contained and attached to the Intent object (intent – the second parameter in the onReceive() method) via a Bundle object. The messages are stored in an Object array in the PDU format. To extract each message, you use the static createFromPdu() method from the SmsMessage class. The SMS message is then displayed using the Toast class: 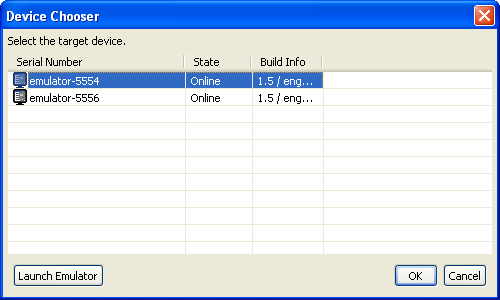 Figure 7 Selecting an emulator/device to deploy the application onto

Figure 8 shows that when you send an SMS message to another emulator instance (port number 5556), the message is received by the target emulator and displayed via the Toast class. 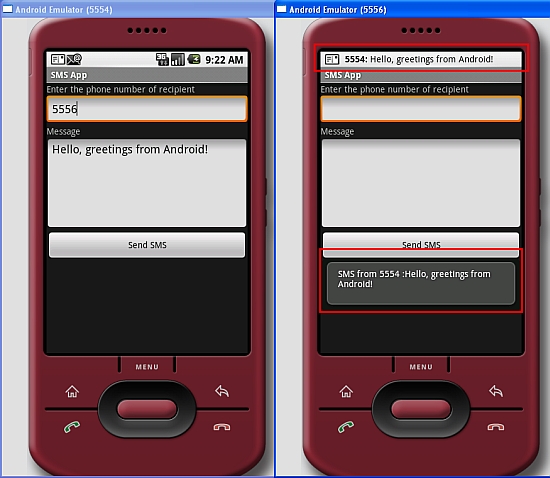