If you missed our newsletter yesterday you are probably not aware of a small announcement we made in it. We’ve pushed out a few updates to mobiReady.com, our mobile-readiness page testing tool. The most significant change is that you can now post markup directly to the service, instead of posting a URL for the service to visit and test.

This functionality comes as a response to feedback in the community – sites under development are often not on a live or publicly accessible server, and so the mobiReady service cannot be used. Allowing users to post their markup directly permits them to make use of the service during development.

Of course, under this scenario, not all tests are fully applicable. For example those tests requiring access to external HTTP resources can’t be fully executed. In these cases, where a test has been either partly or wholly omitted, we clearly note this in the test results.

But there are still plenty of tests that are applicable to markup alone, and these are the ones we still perform, so that users can still get some use from the service.

To access this new functionality visit the mobiReady home page at http://mobiready.com, and click on the Markup Test tab. Then simply paste in your markup. 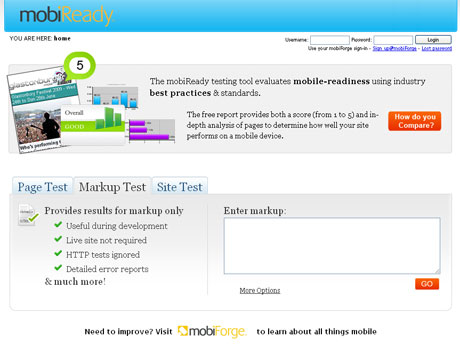 At this point you may have noticed we gave the user interface a small lick of paint. We hope you like it! There are now three tabs: Page Test, Markup Test, and Site Test. 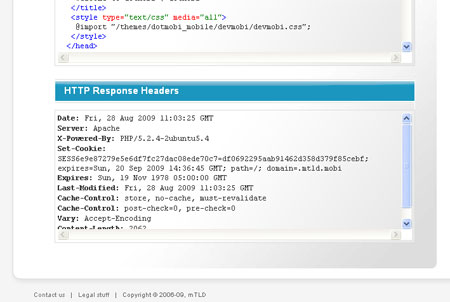 That’s it for now – please give us any feedback you have!