New figures from industry analyst IDC show huge growth from Chinese handset manufacturers. According to IDC’s report, better build quality and cheaper price points will hasten the decline of the feature phone market and usher in a global era of smartphone ownership. (Although it is still worth noting that feature phones accounted for about 45 percent of handsets sold last year.) For web developers, that means that the Android platform is likely to become even more important on the global stage, given that the open source OS is the platform of choice for Chinese handset manufacturers.

IDC’s figures show year-on-year growth of 23.1% in the global smartphone market, setting a new record of 295.3 million shipments in the second quarter of 2014. Huawei in particular almost doubled its shipments year on year. Lenovo also performed strongly in the Chinese market. And while much of the upside is being driven from the Chinese domestic market itself, these handset manufacturers are already looking to repeat their home success in other territories outside of China.

Earlier this month, Xiaomi, launched the Android-based Mi3 – it sold out in India in 38 minutes and 50 seconds – and has been widely touted as Apple’s newest rival. CEO Lei Jun has committed to a five-fold 100 million units increase in sales by next year and to mount a challenge to Samsung and Apple’s global dominance. Lenovo, whose acquisition of Motorola Mobility is still in approval, have similar ambitions as they seek to transition out of the laptop business. ZTE have already had a tilt at breaking into western smartphone markets. 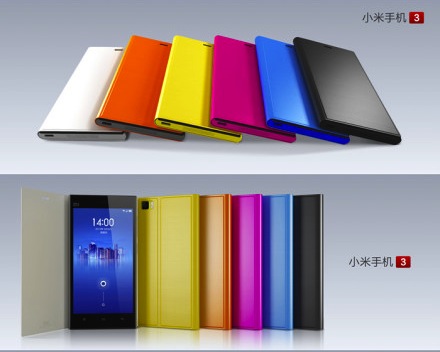 Other emerging Chinese OEMs include Coolpad, OPPO, OnePlus, Meizu and Gionee, all with significant customer bases in China. So while Apple and Samsung are still on top in terms of global market share, we can expect serious challenges to their dominance in the months to come, particularly in cost conscious emerging markets.