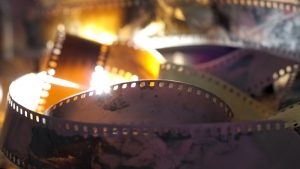 Ever since the first TV made its debut in the mid 1920s, the human race has been having a love affair with moving pictures. Since then we’ve witnessed an evolution from linear, tune-in-or-miss-out programming, to video-on-demand, to live-streaming. And now video’s taking over the internet.

The move to video, in numbers

The scale of video use on mobile has been predicted for some time. Mark Zuckerberg claimed last year that video will be a mega trend, “same order as mobile”, and that Facebook would be mostly video within 5 years.

“I see video as a mega trend, same order as mobile” – Mark Zuckerberg

Some of the statistics around mobile video are jaw-dropping. Here are just a few:

Why video, why now?

What has fueled our insatiable appetite for video? There are a number of reasons video has exploded in the way it has.

And then there’s price of course. The price of a low-end smartphone has dropped significantly. A video and internet capable smartphone can be had for less than $5, although a less controversial low-end device would probably set you back between 5 and 10 times more than that. Still, a video-ready smartphone can be had today at a cost that’s at least an order of magnitude lower than the cost of the original iPhone.

That’s all about consuming video. But mobile devices, with their decent optics, high resolution CCD sensors, and fast processors mean that they are also perfect for producing content. More on this later.

Mobile operators have been planning for video for a long time. What G are we on now? Somewhere between 3 and 5 in the West. Video calls and mobile TV were promised to us by mobile operators as they started to roll out 3G networks in the early 2000s.

And now they’re pushing us to watch more: a recent message from my network informs me that my unlimited access to YouTube has been extended. I didn’t know I had this, and I have trouble getting through my 30GB monthly allowance as it is. If I didn’t know better I’d think my mobile operator trying to get me hooked. 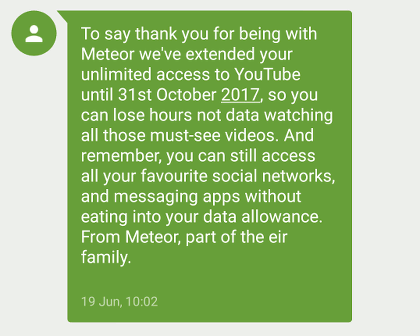 All-you-can-eat data plans have undoubtedly helped promote video consumption, but improved cellular technology is only half the story.

Where cell networks are patchy, users have to rely on limited access to high-speed networks, such as free or public wifi, to get their video fix. This is especially true in developing nations, where we see corporate giants tripping over each other as they scramble to connect the Next Billion.

Facebook’s beleaguered Internet.org program, and Google’s Project Loon represent attempts by the two internet giants to bring connectivity to remote areas, and presumably to entice those users to onto their respective platforms and ultimately to view their ads.

Other, less grandiose, initiatives by these same companies also help users get the bandwidth they need for video. For instance, Google is currently rolling out free wifi to a number of train stations in India. Providing video-capable infrastructure through initiatives like this make it easier for users to consume video. Which brings us to our next point.

Platforms and ease of consuming video

It’s never been easier to consume video on the web. There are several major video platforms with seemingly limitless bandwidth capable of satisfying all of our video cravings simultaneously. These include YouTube, Vimeo, Twitch, as well as non-dedicated platforms like Facebook and Twitter.

While the more recent live-streaming trend has emerged in the West, under the more challenging network conditions found in many developing regions, video is by necessity consumed somewhat differently. However, patchy networks haven’t suppressed our appetite for video and various solutions exist.

On the software side of things, app publishers are building offline capabilities and network independence into their apps. This allows the user to cue-up and download for later. YouTube Go also allows downloading. Recent updates to Chrome browser do the same. YouTube Go also offers users the ability to choose resolution—they can drop down the quality if needed when on a slow connection.

Users, too, adapt their behaviour by more strategically managing their connectivity; planning their consumption of video content within the constraints of limited access to high-speed networks by bulk downloading when a good cell or free WiFi connection is available.

Other sensible software workarounds exist, such as offering the option to share videos with people physically nearby over Bluetooth saves data, which actually works in the absence of a network signal altogether.

In India, Google compresses mp4 video by default, and automatically optimizes (transcodes) pages viewed in Chrome when on slow networks.

Creating and publishing video is easy

It doesn’t matter how easy it is to consume video content if there’s nobody producing it. However, it’s never been easier to produce video content. While the cost is higher than for budget models, many smartphones are capable of producing professional grade, 4K video. Such devices are within reach, and indeed, already in the hands of many millions of users.

Just as the video platforms mentioned above make it easy for users to watch video, they also make it easy to publish video. Platforms like YouTube, Vimeo, and Twitch all allow users to post as much video as they like. And, they’ll even pay you! The YouTube video of Grumpy Cat has over 20M views—it’s 55 seconds of somebody, presumably Grumpy Cat’s owner, tickling a cat that has a grumpy looking face. I’m not sure what the YouTube going-rate is, but those 55 seconds have probably earned Grumpy Cat’s owner somewhere in the region of $20K (sidenote: adopt a cat, it might be the best investment you ever make).

How easy is it? This easy:

You get the picture!

It’s not really surprising that mobile video consumption has led to an increase in mobile video ad spending. Video has become a marketer’s dream too:

For most publishers, on the technical side of things, there’s not much for you to do if you publish on any of the major platforms: the platform will take care of the nitty-gritty in terms of ensuring that a device only gets a video that it can play.

If you self-publish or host on your own site, then you need to know a few things regarding technical delivery, devices capabilities, screen sizes. You want to ensure that a user will get the smallest sized file, at the highest reasonable quality, in the quickest time possible. You need to know about device capabilities so that you can determine what format or type of video. You need to know about the device screen size to optimize the video resolution so you’re not sending unnecessary data. It can help if can determine the user’s bandwidth—on slow connections dropping the video resolution can improve load time and user experience.

As a content creator or publisher, know your medium. Shorter form content works better on mobile, and engagement is higher when the user is not overloaded. Video ads are a natural fit for video content, but not limited to video content of course, as they can be surfaced with non-video content too.

If video is the next big trend then both platforms and content publishers need to up their game when it comes to delivering video that engages users. Delivering engaging video is partly about UX, partly about device targeting and partly about excellent creative. You need all three aspects to make it work.

Users clearly like watching and creating videos. Internet companies are doubling down on video. The Next Billion are embracing it. Video is taking over; are you ready for it?