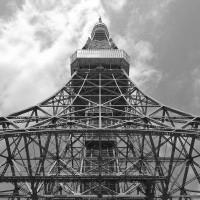 Development of mobile applications is often highly dependent on the target platform. If plain old XHTML markup is written from scratch then it is rather easy to switch between platform and technologies. But if the development process has been accelerated and made comfortable by the use of tools and middleware, it soon becomes difficult or impossible to switch environments e.g. from a LAMP environment to ASP.NET or vice versa... Read More

Going Native (or you had me at ‘hello’) Part I

So I’ve got a confession to make here, I’ve been working on this bit for the better part of a month now in fits and starts, and having a hard time getting my head around it all. I started out with the notion of a quick primer comparing what it would take to knock out a quick ‘hello world’ on the various native platforms out there if you were to decide to do something other than a web app... Read More

The Google Phone Cometh (so what)?

Last week saw the announcement of the first Android based device, the HTC Dream better known now as the T-Mobile G1. Despite the fact that this phone is based on on Open Source platform, the details as they have been released, make it feel very much like any other smartphone that Joe Consumer can go purchase from his operator. It's locked to T-Mobile USA at launch and will find its way into the UK in November before it conquers the world in 2009. Now the real question: So what?... Read More

An Operator Decides to be Polite…

Say what you will about the network operators with whom we have to play in the mobile space, but every now and again they do think of the developer community before implementing changes that may impact us all. Case in point, our friends over at AT&T devCentral recently sent out an announcement to the developer community about changes that will be coming as a result of some modifications to their gateway... Read More