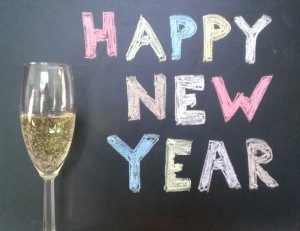 2015 was a truly exciting year for the mobile world. Mobilegeddon, ad blockers, Accelerated Mobile Pages (AMP) were among some of the most frequently repeated buzzwords covered even in the mainstream media. 2015 was also the year when new solutions were introduced that can change the UX on mobile devices, such as Web Push Notifications or Service Workers. Here’s a selection of the most interesting topics we talked about on mobiForge in 2015.

Ad avoidance isn’t really anything new but it went to the mainstream media in 2015. It happened mainly due to the fact that Apple added support for Ad blockers in iOS9. Up until then, while possible, it was less straightforward to block ads on Apple’s Safari browser for iPhones and iPads. And thus, the popularity of ad blocking in 2015 soared seemingly overnight.

In October 2015, in a somewhat surprising move, Google addressed issues with mobile web performance by releasing a demo of a new technology called Accelerated Mobile Pages. The initiative is basically an optimization technique which forces developers to follow a set of pre-determined rules and restrictions. For example, no third-party or developer-written JavaScript is allowed, external style sheets are forbidden, etc. The demos and case studies were pretty impressive.

AMP was presented as a prototype but in fact it is close to reality. Soon after launching the demo, Google announced that AMP will be introduced early in 2016.

Google’s #mobilegeddon instantly drew everyone’s attention to mobile SEO. Starting from April 21, ‘mobile-friendliness’ officially became an SEO ranking factor. According to the update, mobile-friendly pages ranked higher in mobile search results and, as a result, pages that weren’t optimized for mobile experienced a drop in traffic from smartphones.

To help developers make their sites mobile-friendly Google released a set of guidelines and a simple mobile-friendliness test tool. However, mobiForge editor Ruadhan O’Donoghue demonstrated the test is flawed because according to it, a 100MB page is considered mobile-friendly..

The mobile SEO update was widely covered in mainstream media including the likes of CNN and Forbes.

iOS losing its dominance to Android and other device usage statistics

We covered all quarterly Mobile Traffic Reports released by DeviceAtlas which revealed the latest trends in the mobile world based on website hits. Here are some trends we noticed in Q3 2015:

The death of Flash

From September 2015 Chrome began pausing Flash ads to improve performance on some devices that may not handle Flash content well. Google recommended switching to HTML5 and it also started converting Flash ads to HTML5 where possible. Here is our analysis of the final death of Flash.

Beacons arrive in the browsers

In 2015 Bluetooth beacon support was made possible in two popular browsers, Chrome for iOS and Opera. Both browsers now feature beacon scanners utilising Google’s Eddystone standard (as opposed to Apple’s iBeacon), though the implementation differs considerably.

In September 2015 Google announced another change aimed to improve UX on mobile devices. It said that websites showing their mobile users app download banners obscuring a significant part of webpage might get penalized in terms of search rankings. This change was particularly surprising due to the fact that Google is the owner of one of the largest app stores.

In 2015 we covered many new web technologies on mobiForge that are aimed to improve UX on mobile devices.

Early next year we’ll publish an in-depth analysis of what happened in the mobile world in 2015. To stay in touch with the latest technologies which change how we browse the web, be sure to visit mobiForge often in 2016.